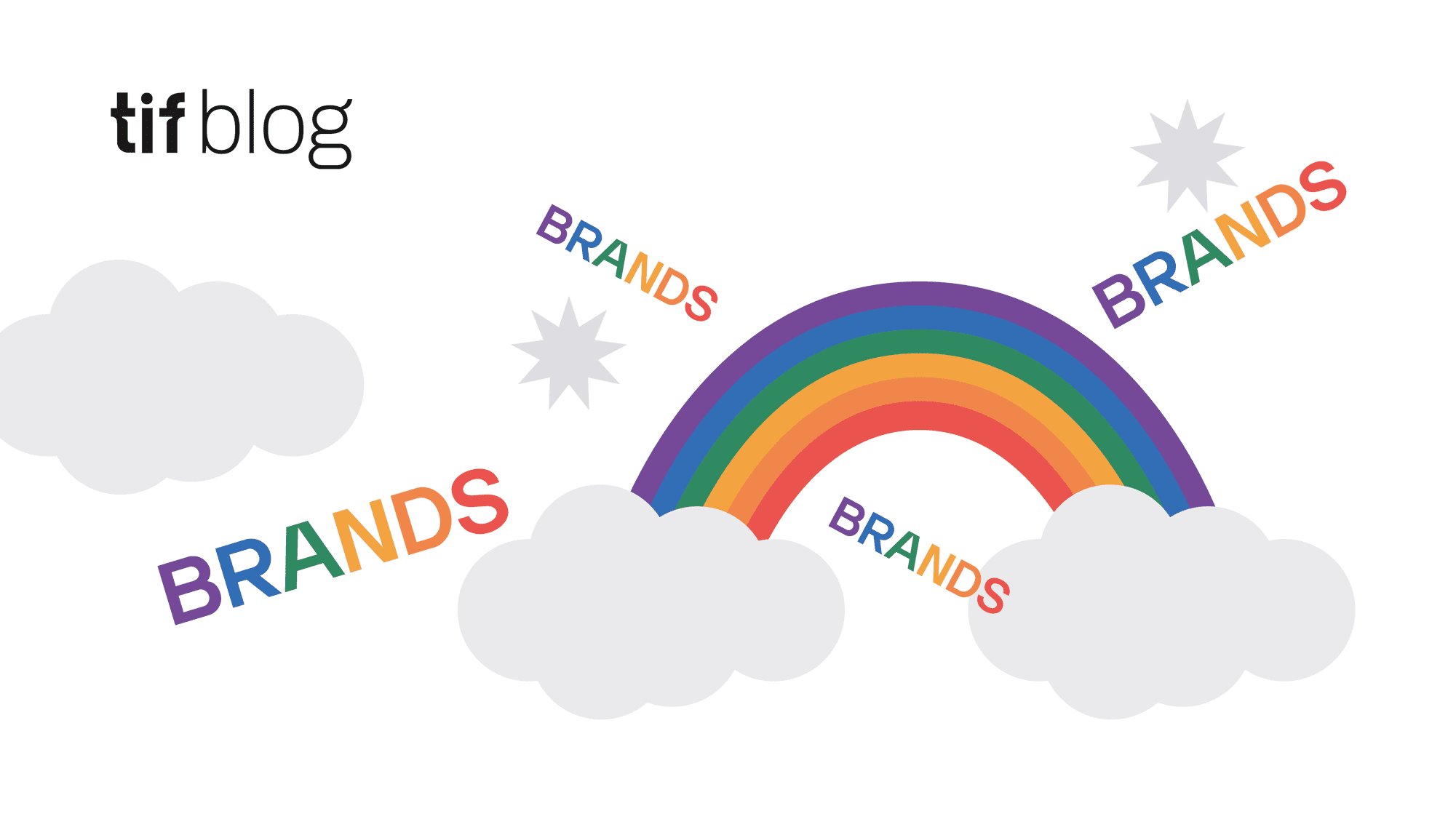 Rainbow washing in the era of branding Insights from TIF

Every year in June, people who are otherwise marginalised now see themselves portrayed on billboards, in commercials, and throughout social media.

Brands worldwide paint themselves with the colours of the rainbow, declaring their support for the LGBTQ+ community.

Inclusion is at the forefront of global conversation. Those who are otherwise considered minorities, outsiders, and even misfits are given a platform. If only for this month, their stories actually matter.

It seems that people’s hearts have opened, that they are finally embracing the freedom to celebrate all gender identities and sexual orientations.

We are in a unique, yet precarious, moment in history as a global society. Why the sudden solidarity and alliance– and only for one month?

While showing support for those who have been marginalised and oppressed for centuries is a step in the right direction, it’s more complicated than that.

Behind these energetic and supportive messages for diversity, many brands have a hidden agenda (in plain sight). By using the rainbow flag and waving around inclusive narratives, companies may be doing more harm than good.

For many, being a supposed ally for a month is simply a commercial scheme. By playing “diversity dress-up” for 30 days, they up their social media game, expand their reach and boost their sales.

During Pride Month, companies like AT&T and GENERAL ELECTRIC have been known to carry out large social media campaigns and throw extravagant LGBTQ+ festivals and concerts.

Their over-the-top celebrations of love and acceptance, however, are just smoke and mirrors. According to “Progressive Shopper,” AT&T donated more than $2,755,000 to 193 anti-gay politicians between 2017 and 2018.

As such, they’ve supported laws that have rolled back transgender people’s rights in the military. Clearly, this is not an acceptance initiative.

GENERAL ELECTRIC has also taken a stance against discrimination by adopting laws provided by The Human Rights Campaign (HRC).

This seems great and noble. However, between 2017 and 2018, they donated $1,380,500 to 97 anti-gay politicians. In doing so, they supported a bill that sought to “allow discrimination by individuals, businesses and non-profit organizations against same-sex couples, parents singles and unmarried couples.” This doesn’t read gay-friendly at all.

Rainbow washing is an opportunistic strategy. While it may seem innocent enough to those outside the community, changing your logo to reflect rainbow colours for profit is not okay.

Blasting emotive images and videos with messages like “free to love, love for all” when you don’t personally believe in equality is dangerous hypocrisy.

These companies are essentially riding on the coattails of traditionally oppressed human beings. It’s not acceptable to release special “Pride Edition” products just because you think homosexuality and gender fluidity are the cool flavours of the month.

If a brand claims to support diversity, just not within their families or circle of friends, they’re not waving a multi-coloured flag, but a red one.

What Happens in June Should Not Stay in June

The companies to watch out for are the ones who fall silent when July comes around. Their commitment to implement inclusion policies within their organisations comes into question. Nothing has been done to fight against discrimination long-term.

They have not attempted to create a safe and inclusive space for their own LGBTQ+ workers. Discourse of equality, sexual inclusion, identity and diversity has been swept under the rug. June is over and the brands have made their profits. They now have no use for the little rainbow flag.

A LinkedIn study revealed that almost 50% of LGBTQ+ professionals have proposed creating safe spaces for open dialogue and awareness to their employees. Additionally, one in three respondents worked in companies without dedicated resources for LGBTQ+ employees.

True diversity in the workplace requires formally recognised employee resource groups. Companies can’t just pretend to support social causes for a few weeks. Real commitment is constant, beyond the calendar date. It comes from a genuine stance for human rights within the corporate scope.

One company that has understood the importance behind Pride is UBER. Aside from the typical campaigns in June, they have focused on making people feel safe every day of the year.

Their company has implemented tools in the app to report any type of discrimination and offered real employment opportunities to the transgender community. UBER has also donated food and rides to more than 20 NGOs worldwide.

Their permanent actions have benefited both clients and employees by offering a positive, inclusive user experience and work environment. This is an exceptional demonstration of how businesses can respectfully and effectively form alliances.

How the Rainbow Washing Strategy Can Backfire

Showing up for others only when it’s convenient can create big, long-term problems for brands. According to a Deloitte report, companies with inclusivity campaigns can generate up to 30% higher revenues and greater profitability than those who don’t participate in Pride Month.

The community does not forget the promises that have been made in June’s festivities. When people feel that their very identities have been used for profit, this deceptive strategy can and will backfire.

People will not hesitate to leave bad reviews, call out brands’ lack of accountability, and ultimately boycott their products. When companies make a commitment to the clientele, they must follow through year-round. Without these consumers– who happen to be real human beings– brands simply couldn’t exist.

Instead of exclaiming false support to the world, sometimes it’s better for businesses to keep their mouths shut. By making promises they won’t keep and proclaiming messages they don’t believe in, they are essentially betraying their clientele.

A brand should be the reflection of its values, purpose and mission. After all, sincerity and reliability are two of the biggest factors that create such a strong emotional connection between brands and customers. Making a yearly statement about diversity will not secure brand loyalty. However, aligning their messaging and follow-through daily will.

It is possible free our society from stereotypes, labels and antiquated discrimination– but the work must be put in consistently. By being sincere allies, companies can positively impact people who have been ostracised far too long.

There are different ways of being, seeing and feeling. People living out their truth is not a threat to society, but an invitation to change general perception. To co-create new possibilities and realities for future generations.

When the LGBTQ+ community shares their stories and struggles, listen without judgment– year-round. Together, we can shatter institutional paradigms of what love should be.

Personally and corporately, let’s build the foundation for a new society that is truly accepting and unapologetically diverse. One in which we don’t even need rainbow flags. 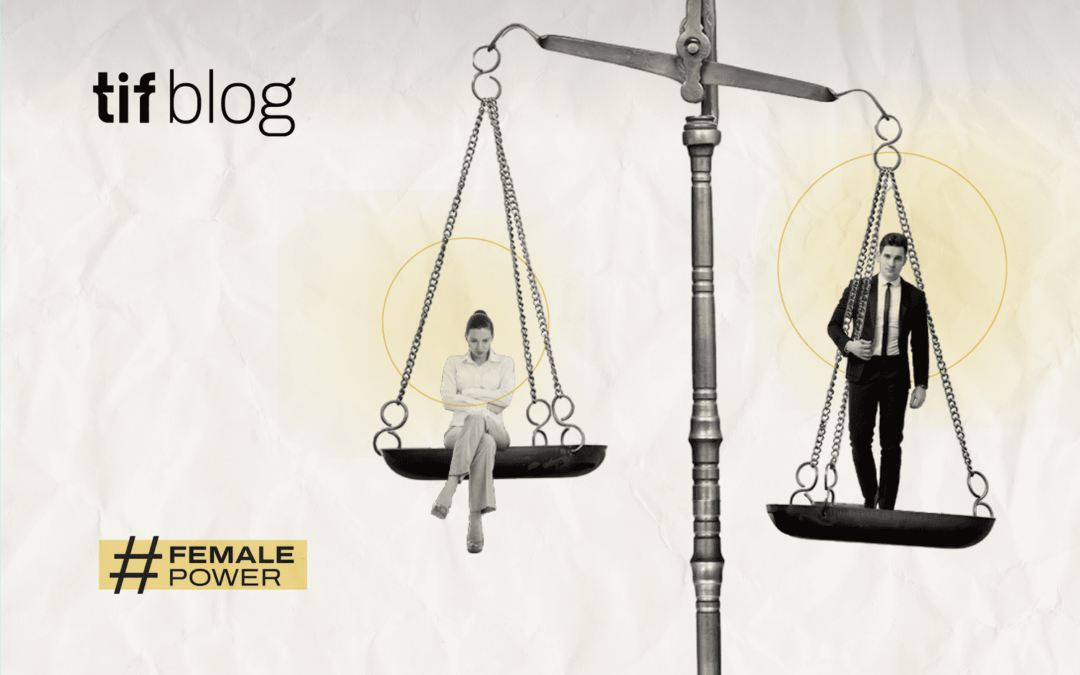 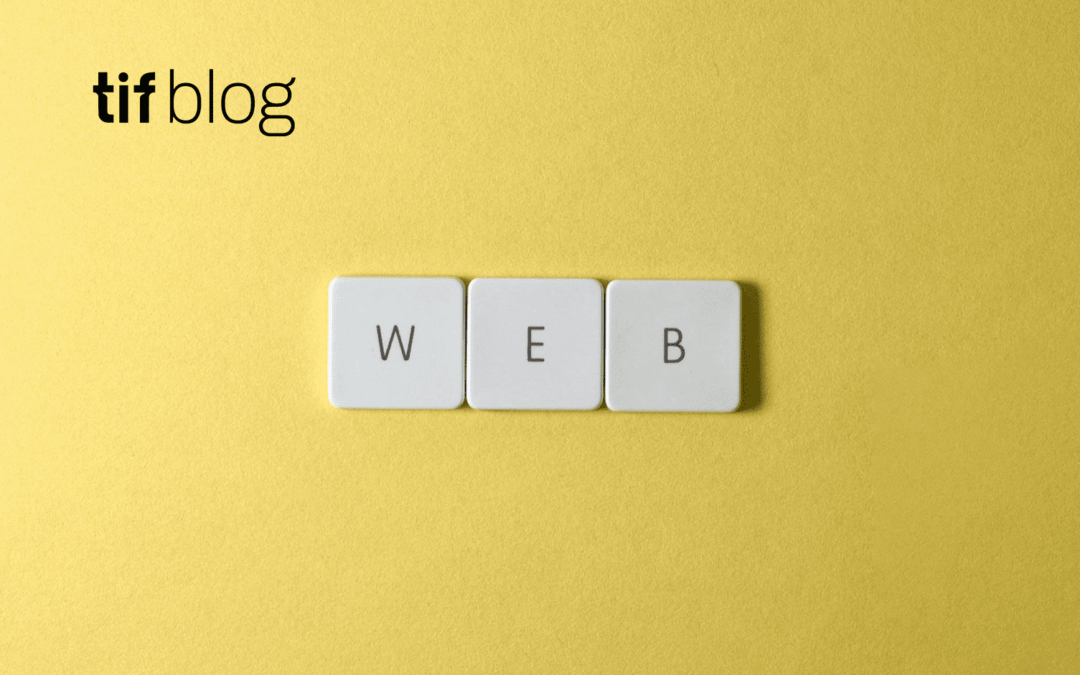 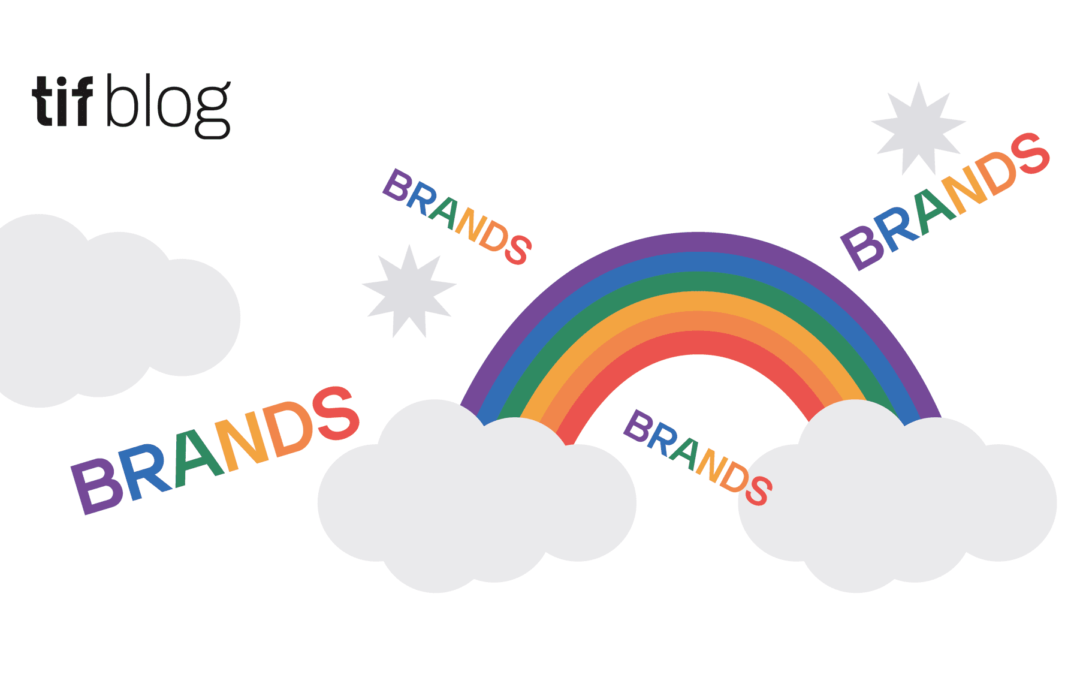 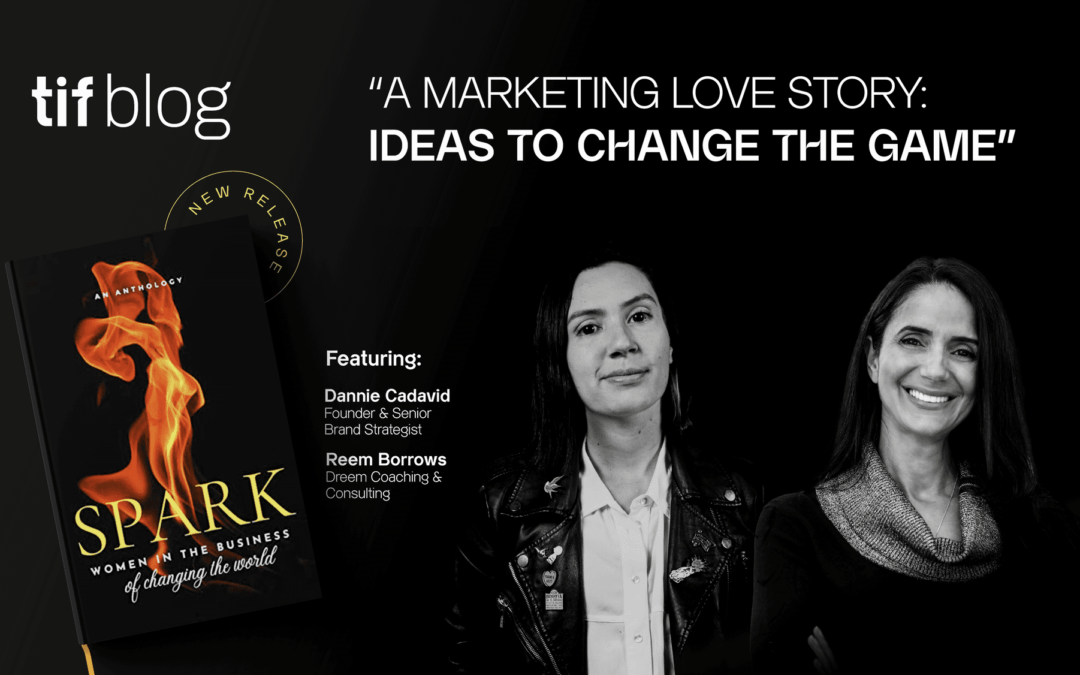 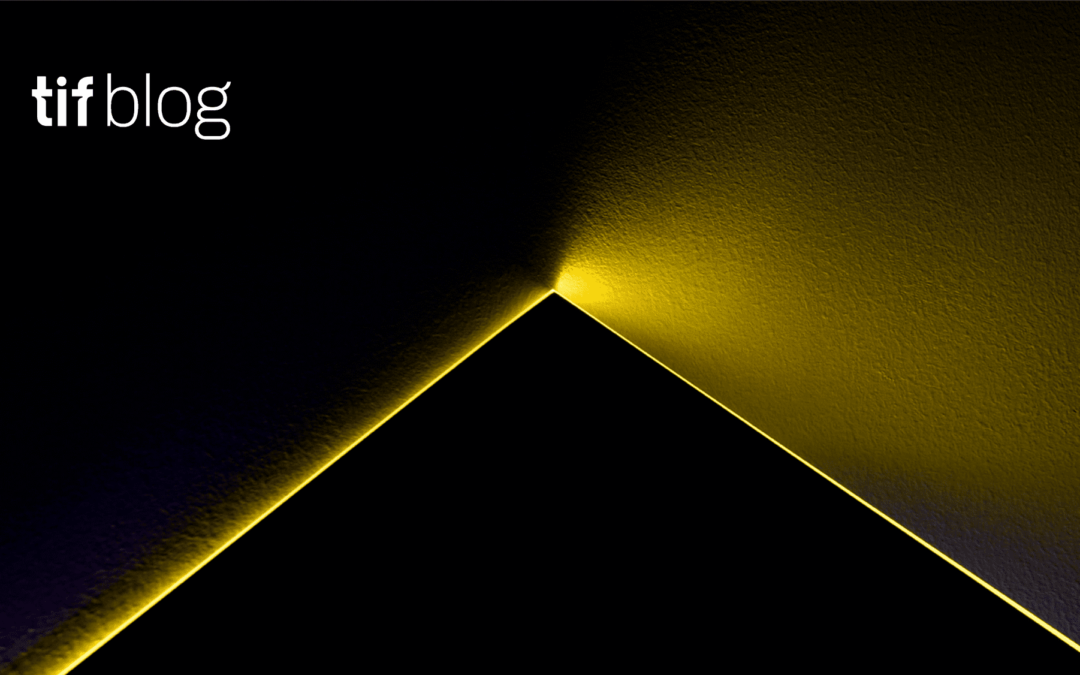 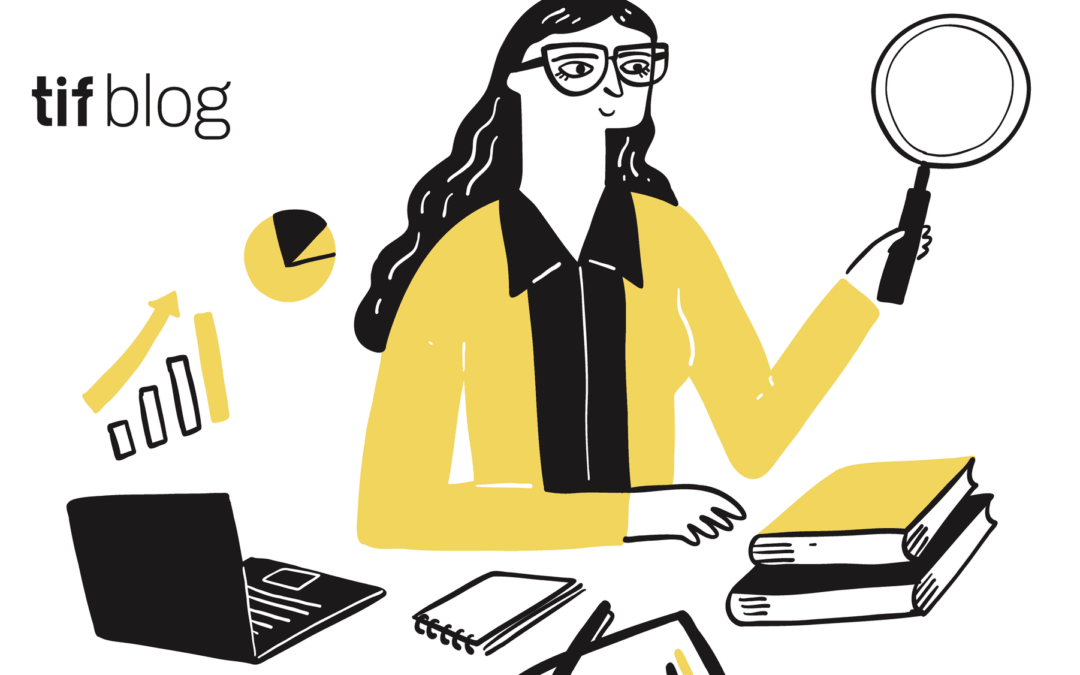 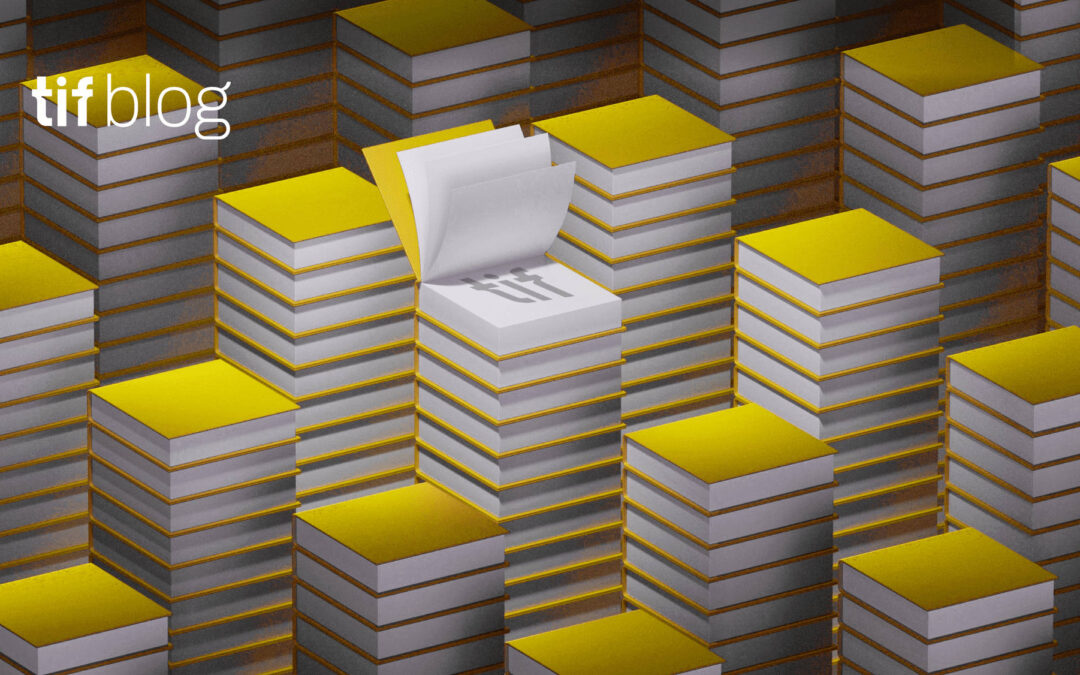 Want to see our Work 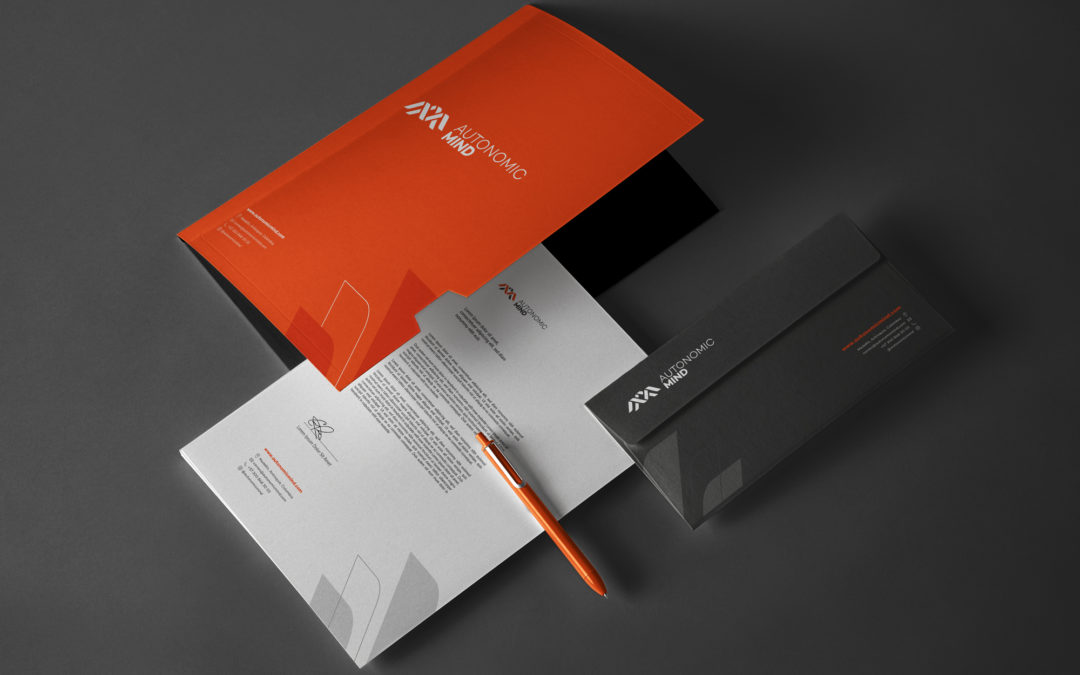 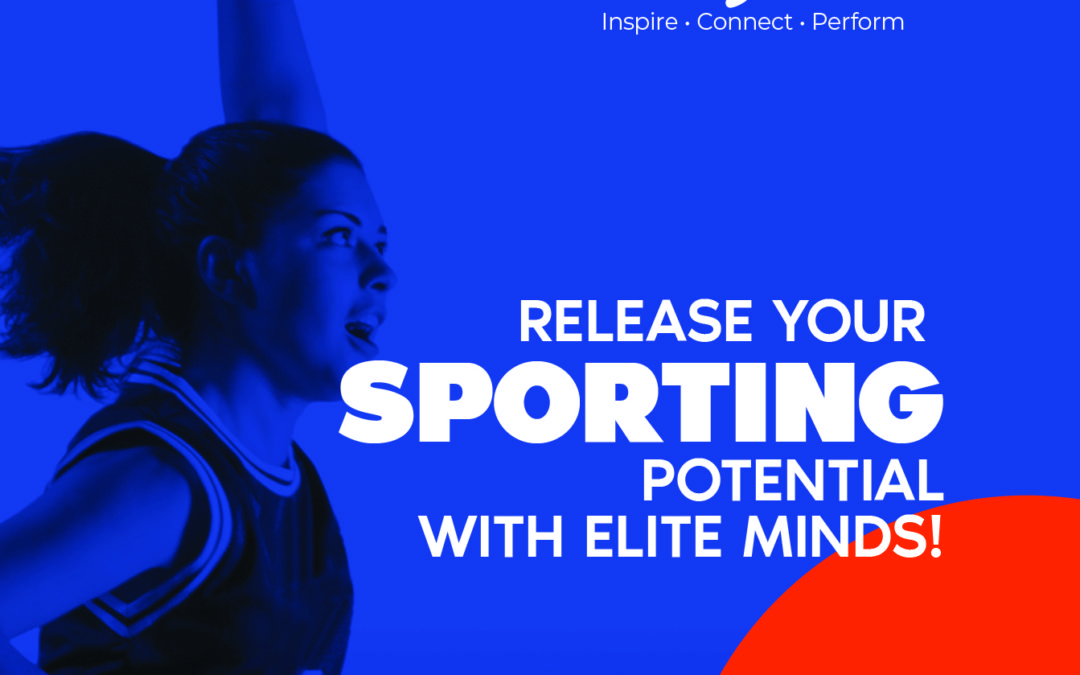 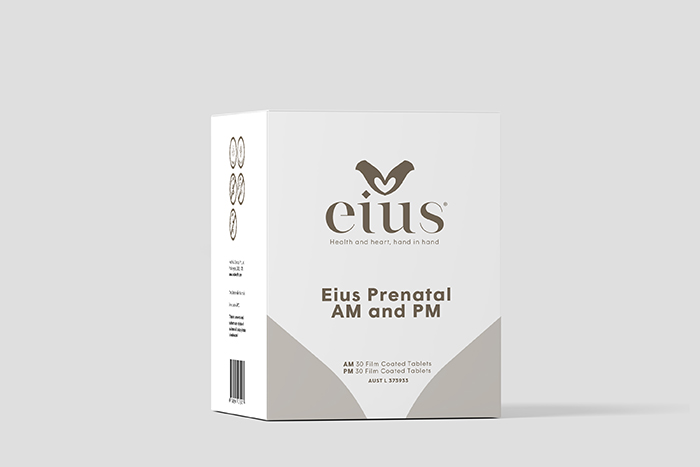 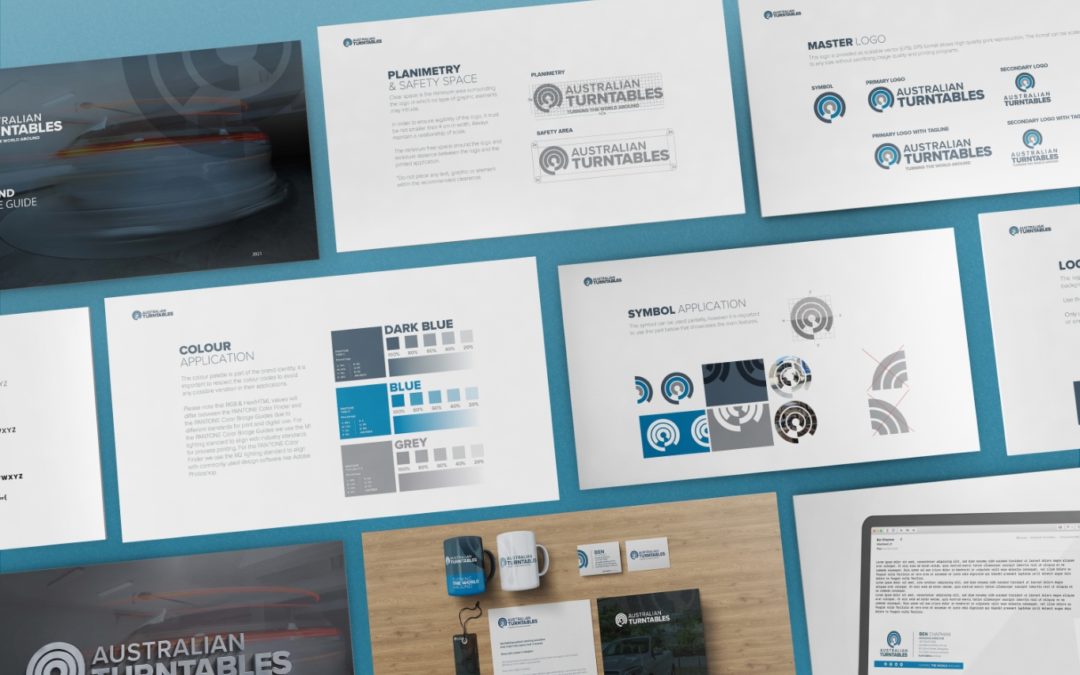 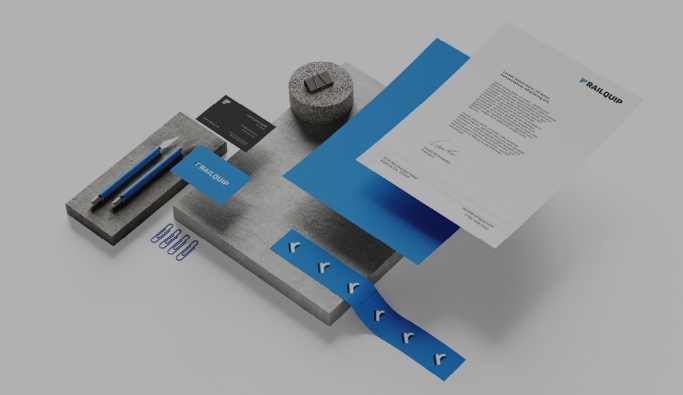 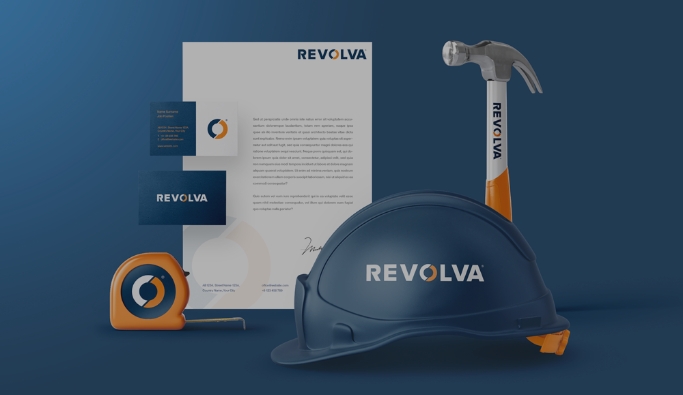 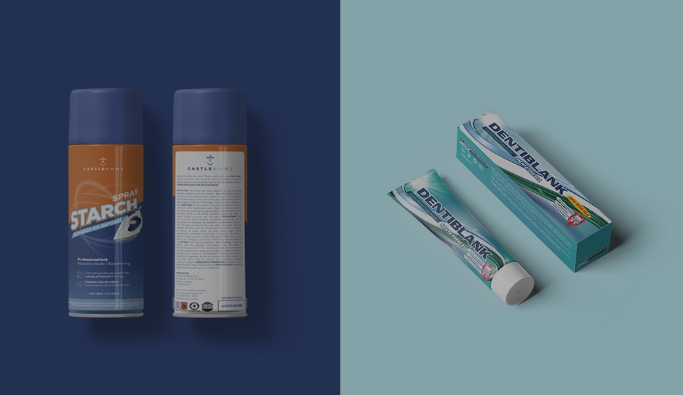 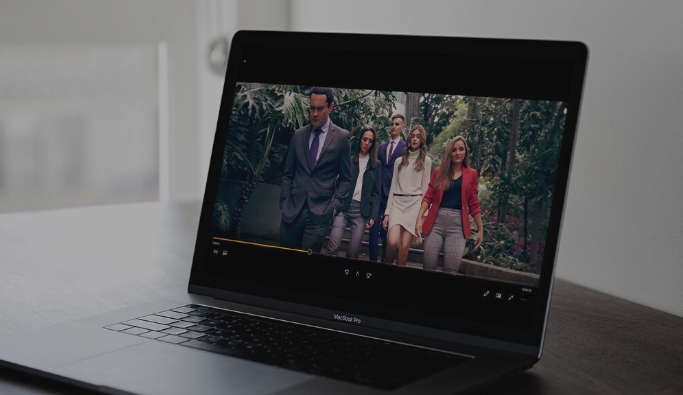 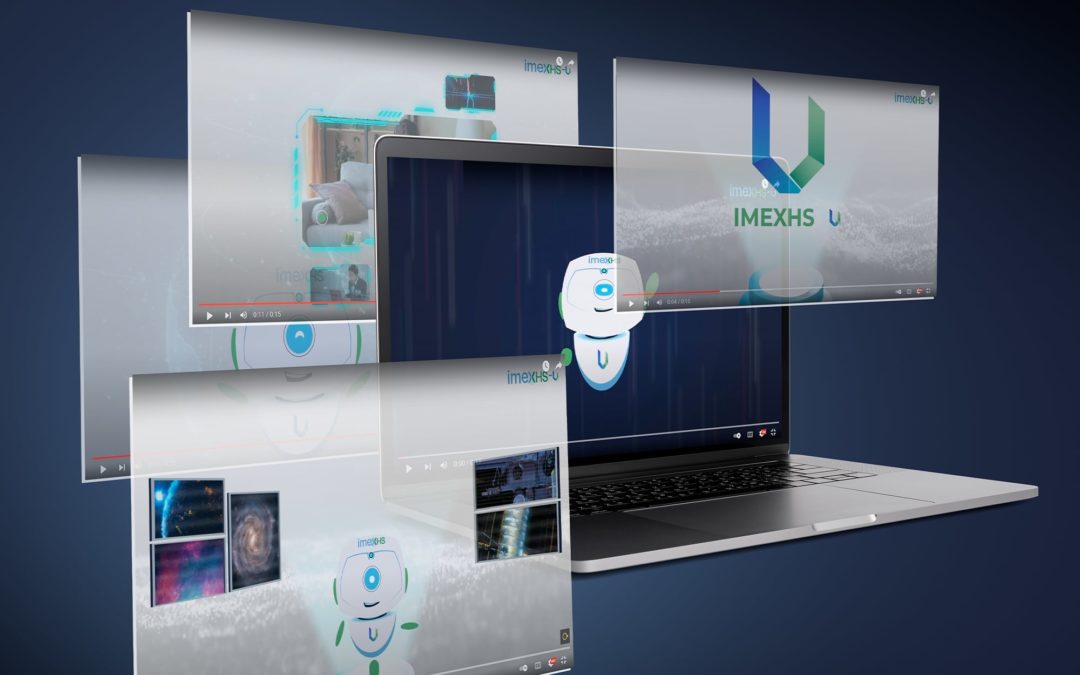